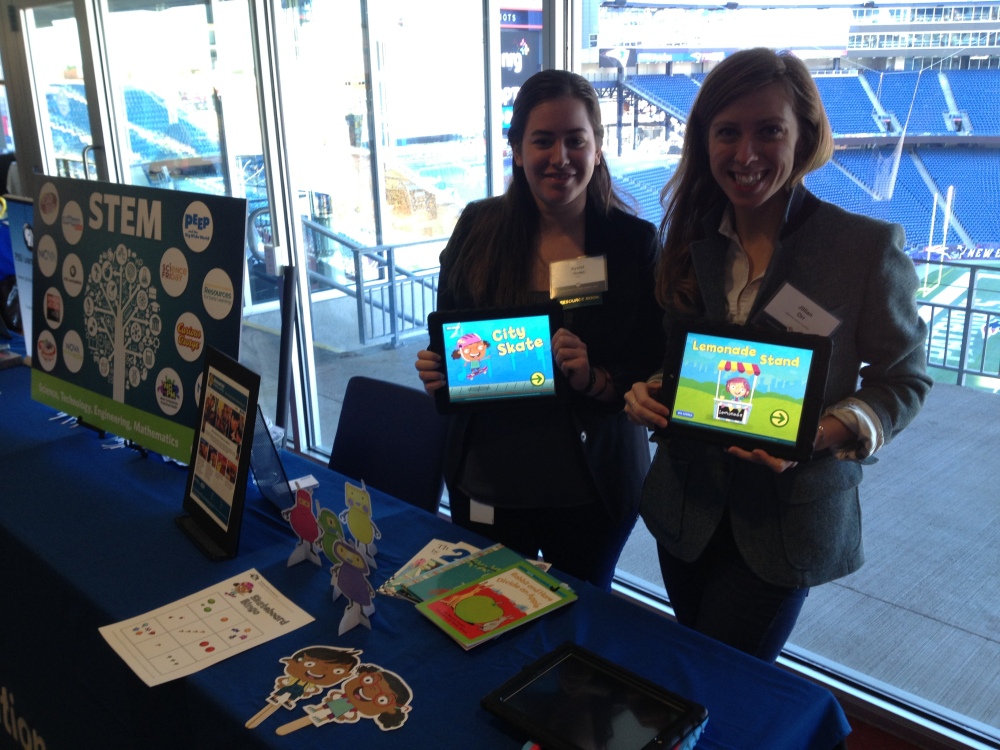 What has NGPM been up to during the last few months of 2013?

After shipping out all of the iPads for the field study, work on NGPM hasn’t stopped. The team has been demoing the apps, traditional classroom activities, and Teacher’s Guide around the country — and the world! But to us, demoing is more about learning from others — the team continues to speak with and learn from brilliant and passionate people, making NGPM a continually evolving project.

Here’s where we’ve been in the last few months:

On October 15th, our Executive Producer Christine Zanchi was part of the NAF Research Roundtable on Digital Media and Early Learning panel on content, where she shared her insights on Design Based Research. Wondering what that is? Design based research brings research and practice together in an iterative process where researchers and practitioners collaborate in real world settings to design products which are contextually relevant. The other participants on the panel were: Deborah Linebarger from the University of Iowa, Kathy Hirsh-Pasek from Temple University, Sandra Calvert from Georgetown University and Jennifer Kotler Clarke from Sesame Workshop.

On October 23, our Producer Jillian Orr lead a workshop titled, “Developing games for developing minds: What research and public media are doing to set the standard” at the Boston Federal Reserve Bank for the Race to the Top Leadership Summit. She spoke about NGPM’s integrated approach that seeks to promote joint media engagement, math talk and collaboration through digital play.

November 13th was an eventful day for NGPM’s Jillian Orr and Ayelet Ronen. They attended the MA STEM Summit, an annual event that brings together leaders and practitioners from Massachusetts’ government, business and education sectors.